A little suicide saved my life

How I lost over 100 pounds in less than a year.

I still remember the morning well.... it was one of those sweaty south Texas days in mid-May. Just as the calendar rounds the corner from benign spring breezes to suffocatingly hot interminable summer days. May in Texas is the worst... you know you won't be comfortable again for at least 5 months.

So I was depressed. In fact, I was downright miserable and it wasn't just the weather. Grad school was over and I had no idea what to do next. I was working for minimum-wage in a call-center in the evenings selling insurance to old people. I had just turned 25 and I had no plan and no prospects. I was living in a tiny one room 3rd-floor apartment above a crazy old man in a wheelchair.

On top of it all, I was obese. I'd always been a 'husky' kid, but college and grad school had been stressful. Over those years I'd really packed on the pounds. I'd experimented with fasting and I'd become a vegetarian, but pasta and bread and cheese were my staples.

The previous weekend my wife and I had gone for a hike (or tried to, anyway). I couldn't make it up a moderate hill without having to stop several times. After college, I had no health insurance. My dad tried to put me on his plan and I was denied because my blood pressure was too high (at 23!). It's probably not much of an exaggeration to say that given my trajectory, I would likely not live to see grandchildren. I'd been avoiding scales for years because of the acute painful shame they invariably inflicted, but the last number I remember seeing was 276. I knew I was rapidly approaching or already well past 280lbs on my 6ft frame. 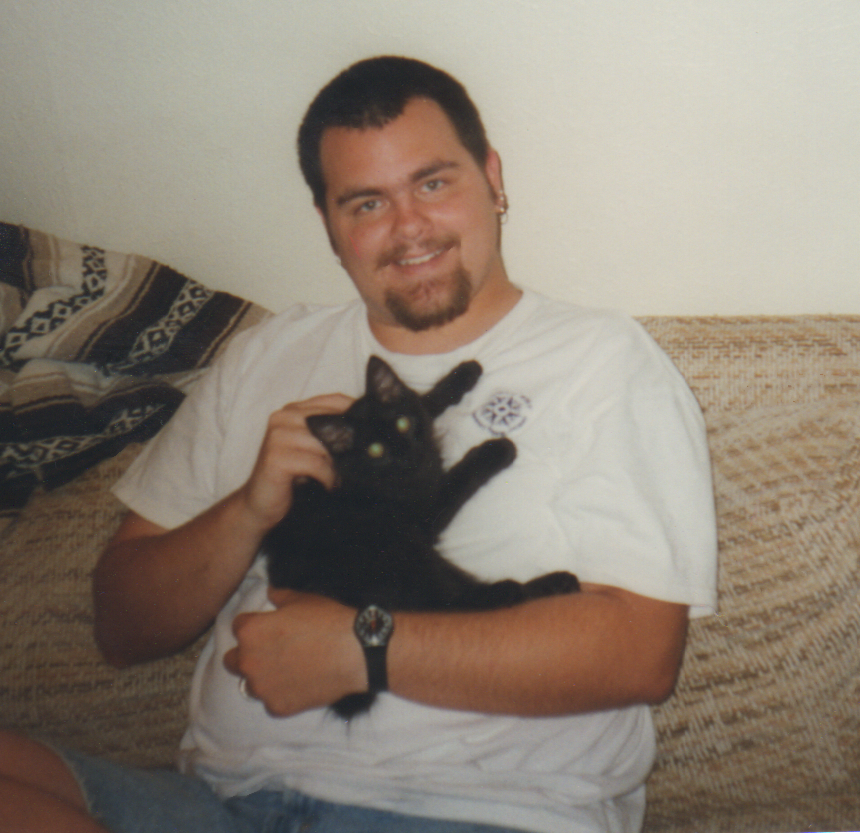 Fat-me in his final days

On that morning, everything came to a head. I couldn't bring myself to get out of bed. I knew I was sick and I was disgusted with myself. It was nearly lunch time, and somehow, for some reason, in that moment I decided to take everything out on myself. I decided to kill myself.

I wasn't literally suicidal... I was going to kill that fat slob who had wallowed in bed all morning and couldn't even enjoy a pleasant hike with his wife. I knew what that guy hated, dreaded, and feared. I knew what would kill him dead... what would leave him choking and gasping and crying for mercy. It was as clear to me as the miserable sun outside. I became kind of disconnected... calm and cold. I dragged his ass out of bed, put on some shoes and I made him run.

I didn't get far. The road outside our apartment started out in a slight incline and went around in a rectangle. I still remember the mailbox I stopped at maybe 250-300yards form the corner where I'd started. I simply couldn't go any further. I stumbled and grabbed my knees and my breath, then walked the rest of the way around.

I labored up the stairs back to my apartment and showered. I can't say anything dramatic had changed. I still hated myself. I still dreaded the rest of the day. I still dreaded going to work. But I also already dreaded the next morning. I knew even in the shower then, that I was going to do it again. And I did.

The next morning came and I put my shoes on again. There was no decision to make, no arguing. Fat-me had been sentenced to death.  I could see the mailbox where I'd petered-out the day before from the corner. I fixated on it, started running, and went several yards past it. Then, I walked around and back to the apartment. That was it. Every single morning. Every morning, I went a little farther than the day before.

About a week in, I quit my job. Mid-shift, I just stormed out and left. My amazing wife was incredibly supportive. She and my close loving family were the few good things I had going for me at the time. Within days I had a slightly better job in a call center at QVC. Actually, the hours and pay were much better and I was answering the phone for people who actually wanted to buy things rather than harassing and scamming them, so it really was much better.

About a month in I made it all the way around the neighborhood. The rectangular loop was just over a mile around (by then I had clocked it several times with the car odometer). I hadn't run a mile in over 11 years since freshman football. It had seemed absolutely impossible. I actually wept as I crossed the corner where I had begun.

As I continued, I couldn't help but change the way I ate. I'd shifted my routine to a run in the evenings after work since the QVC hours were generally during the day. Knowing that I had to run later forced me to eat a lighter lunch. It was easy to eat a sensible dinner in the warm afterglow of having just run farther than I ever had.

By the fall, I had a new job. A real job! I was running 2-5 miles nearly every evening. It wasn't about mere distance anymore. Now, I pushed for speed or distance or new routes with hills or other challenges. I was addicted. I'd created a virtuous cycle of running and eating well.

By Christmas, I had lost over 80lbs and was under 200lbs for the first time I could remember since childhood. I decided to never let myself get over 200lbs again, and I haven't. I kept going. At one point in the spring, I weighed 165. I'd lost over 100lbs in less than a year. Suddenly, I felt great and anything seemed possible. My entire life and outlook had changed. 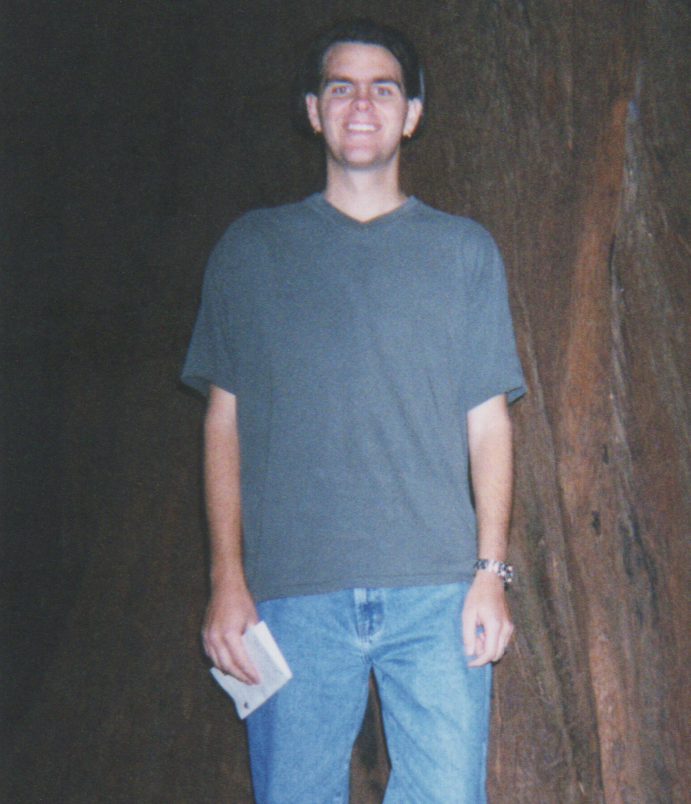 I've often wondered about that morning. What happened? It seemed almost arbitrary that I would change so suddenly and dramatically. One moment I was wallowing in bed and literally 10 minutes later I was running. I had tried dozens of times to loose weight. I had had several wakeup calls and rude-awakenings. I had tried nearly everything, but nothing before had worked.

When I think about it, I realize that the main difference was simply a change in perspective. What really changed was my mindset. I learned a couple vital lessons that morning and I've continued to go back to them throughout my life.

First, I got over myself. I realized that I was not important and my comfort certainly wasn't important. This is the figurative sense in which I felt like I'd committed suicide. Change is death. Something that was one way becomes another way and is no more. Nothing likes to change. Everything resists transformation, but transformation is inevitable. It might as well be guided.

Second, I got the right goals. I had certainly tried to "lose weight" before. I had set and committed myself to goals. I'd made pacts and resolutions. Many, many times... But never successfully. "Losing weight" is the wrong goal. So is "being healthy" or "getting fit". I changed my goals from desired outcomes to desired actions. People often say to make your goals specific and measurable. I think that far, far more important is to make your goals the smallest possible behaviors that you can directly control and repeat... actions that you can take. Not the desired outcomes of those actions.

So, you might have a goal to "write a book" that's fine. But your focus should be on a specific tactical goal like "write 500 words per day".  If you follow through with those kinds of goals (and you have no excuse not to), good things will happen. 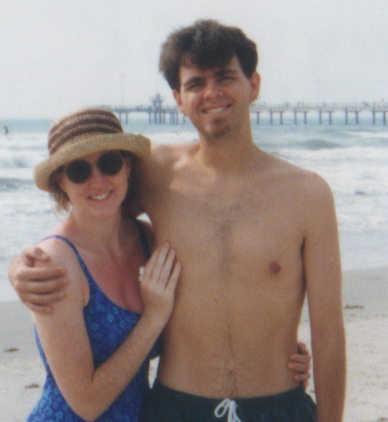