A family getaway to a (relatively) undiscovered paradise. 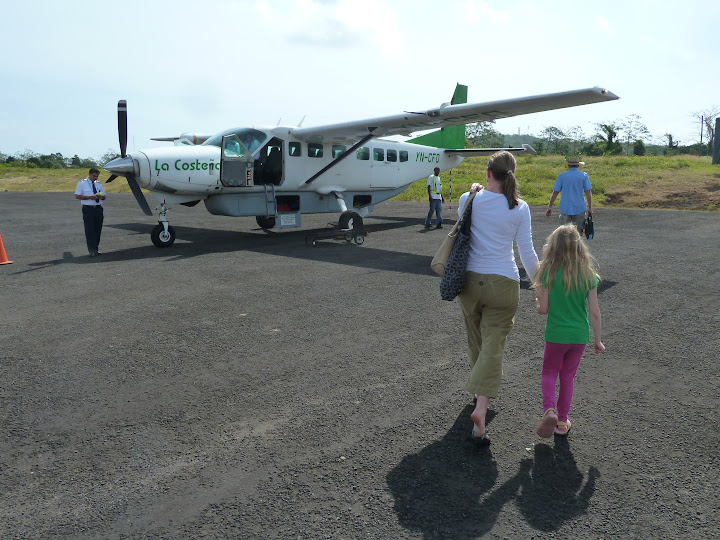 The tiny planes that serve the island 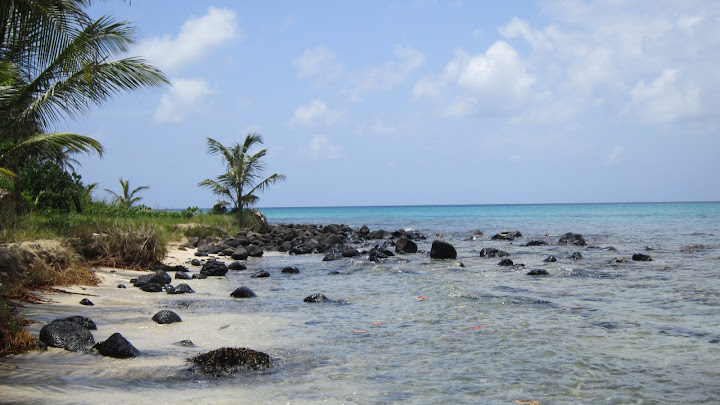 Corn Island often feels like your own private tropical paradise. 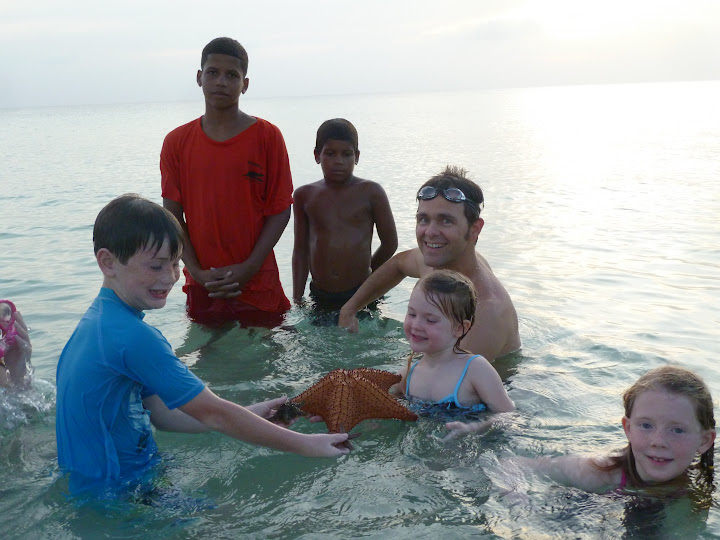 The local kids were all super-cool, and loved helping the kids find sea stars. 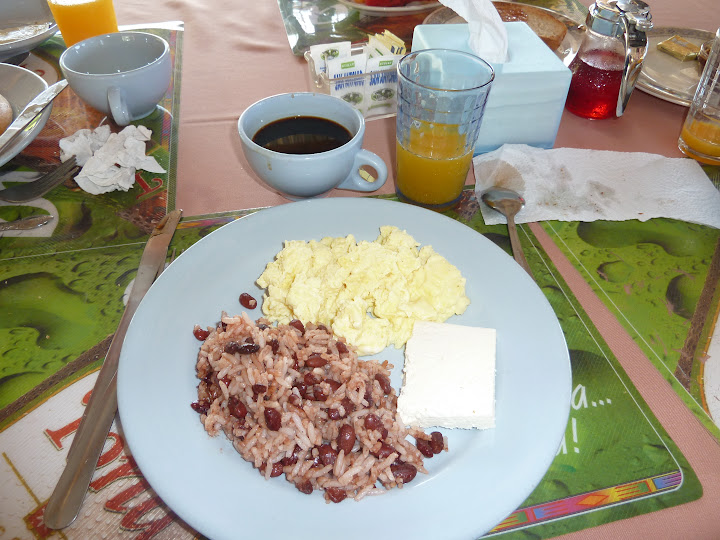 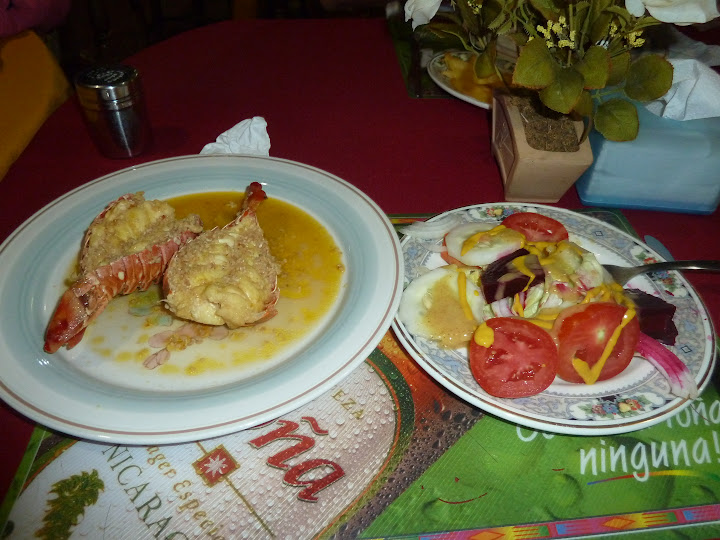 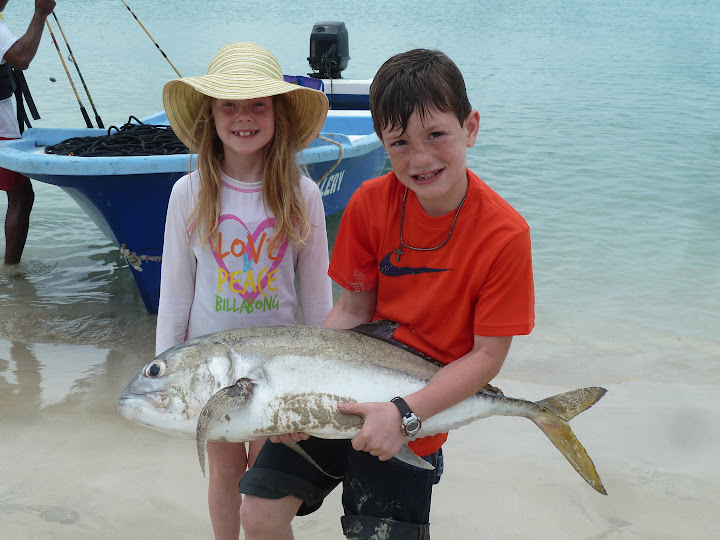 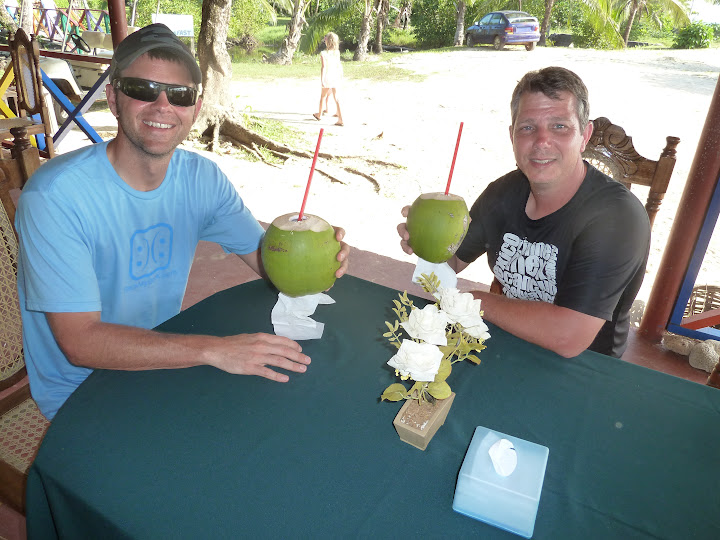 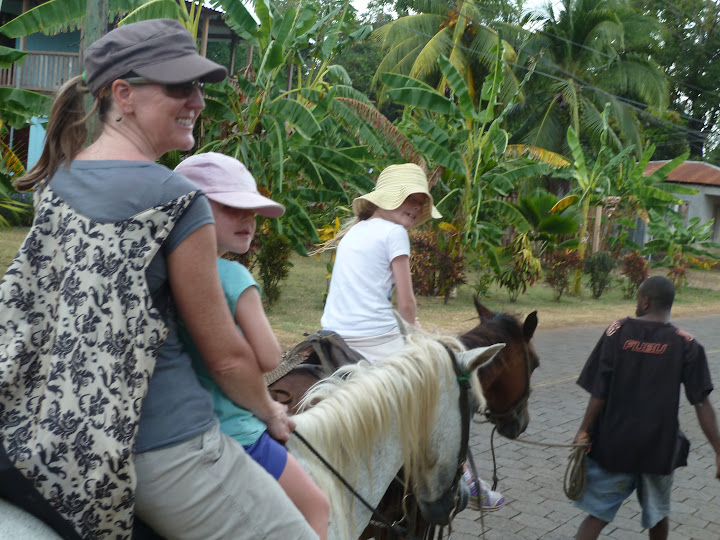 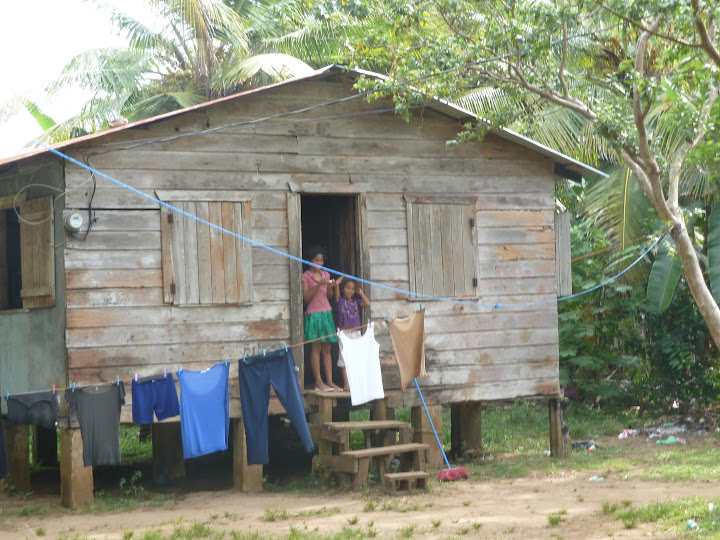 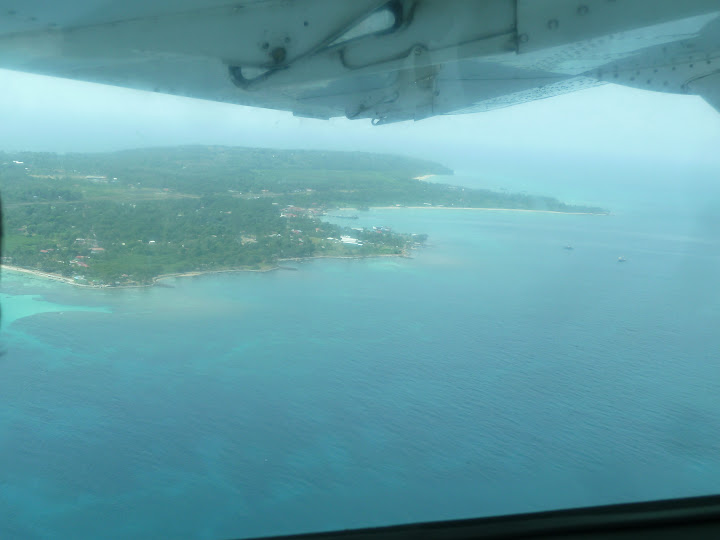 Most people have likely never heard of corn Island. Certainly I hadn't until my father-in-law discovered it on a missionary trip to Nicaragua. He and my mother-in-law had subsequently vacationed there, and they brought back some stunning photos along with stories of a warm friendly place that was virtually undiscovered and untouched by rampant development. When he suggested that we all go there for an extended-family getaway (and incredibly generously offered to pay for the trip), he showed me several websites, photos, and descriptions of the island. I was excited beyond belief.

When we actually got there, though, I was utterly gobsmacked. Corn Island ended up far exceeding all my already built up expectations.'Unusual' and 'Interesting' aren't normally the kinds of words you want to hear as descriptions for a vacation, especially when you have small children in tow. These are usually euphemisms for places you really wish you hadn't gone -- places that make for fairly harrowing vacations (and hilarious stories). Both terms definitely apply Corn Island, Nicaragua, but only in the most positive ways possible.

Our outbound itinerary seemed a bit harrowing on paper: leave San Diego on a saturday, and fly to Houston. overnight in Houston, then catch an early Sunday morning flight to Managua. Then, grab a local puddle-jumper that only allows one bag of 45 total linear inches or less and less than 30lbs per passenger, that is generally overbooked, and that departs for Corn Island somewhat intermittently (sometimes at 2pm, sometimes at 1pm, sometimes at 4pm, sometimes all three or some other combination). Turns out, as is often the case, everything was much easier in reality than it looked on paper.

Loading the flight for Corn Island was interesting, however. The local service (La Costena air) has a tiny little terminal at the end of the Managua airport. It took a while to check--in and weigh-in for our Corn Island flight, and we realized that there were tiny planes heading to Bluefields, Corn Island, and other places we hadn't heard of. We figured out to stick close to the other passengers who had big blue Corn Island tickets like ours, but we'd heard that pretty much all La Costena flights were overbooked and with the tiny planes, packed terminal, and seemingly chaotic boarding system, we were nervous about getting on a plane at all, much less the right one. We don't really speak nearly as much spanish as we should (especially for living a mere 20miles from Mexico). So when the announcer in the terminal started firing rapid spanish and our cohorts all started darting for he tarmac, we were a little nervous. Luckily, Kerry heard the key phrase 'familias con ninos'. We grabbed the girls, and shot to the front of the line and right onto the plane.

Corn Island is really two islands, Big Corn and Little Corn (we didn't make it to Little Corn on our trip, but I'd love to someday). They sit just off the East coast of Nicaragua. This location is uniquely situated right at the crossroads of Central America and the Caribbean, and this intersection plays heavily in the Corn island culture. At first blush, it feels much more like a tropical Caribbean paradise than a part of Nicaragua. Most islanders engage tourists and each other in a heavy-creole Jamaican-vibe English that is just plain fun to listen to. Though pretty much everyone also speaks Spanish, we only heard it from maybe a third of the locals.

We stayed at the far South end of the island at a quaint little B&B called Martha's. It was the perfect setting for a family get-together with private rooms for every family and a nice large common area where everyone could gather in the evenings. The rooms were comfortable and thankfully air-conditioned (when the power worked ;), but there was no hot water for the showers. They have their own restaurant literally right on the beach where they serve breakfast every morning. We also ended up eating most lunches and dinners there and they honestly had some of the best food on the island.

On our visit to Costa Rica, Kerry and I fell in love with the food of Central America -- in particular the typico plates with gallo pinto (rice and beans), fresh veggies, plantains, and fresh seafood. The Nicaraguan food did not disappoint and Corn Island has the added bonus of being a major lobster fishery. I had lobster pretty much every day and when I didn't, the fresh fish and shrimp were also fantastic. Each morning we woke up to fantastic central american coffee, fresh fruit, fresh oj, and coco-bread (a local staple that is just really good bread make with coconut). I always had the typico-style breakfast with scrambled eggs and Nicaraguan cheese (a sharp feta-like block of cured cow's milk cheese).

As good as the seemingly limitless lobster was, the culinary highlight came after we took the oldest kids on a fishing trip. We piled into a fairly small open roofless panga boat with the oldest kids and motored out to sea. Martha's is on the leeward side of the island and the water is as tranquil as a swimming pool (and with even better visibility!). But as we rounded the South end of the island, we started heading into some decent-sized seas for the size craft we were in. The trip to the fishing grounds seemed endless. We were bouncing over larger and larger waves, and getting soaked by the spray as Corn Island practically disappeared into the distance. We saw some flying fish as we cruised out, but the kids were starting to turn a bit green. Eventually we came upon a pile of rocks in the middle of the Atlantic, and the captain put out a hand-line with a lure on it to troll around (no rod). It wasn't in the water more than 2 minutes before we had a fish on. Hand-over-hand it came in and was a really nice-sized Jack Crevalle. That was exciting, but knowing we had at least a 45 minute bouncy ride back to the island and with the kids staring slack-jawed at their knees, we decided to head right in with our catch. We gave the fish to the restaurant, and they cooked it up that night. It was just about the tastiest fish I've ever had (almost like really nice swordfish steaks).

I didn't get a chance to dive, but the snorkeling on the island was world-class. The visibility was probably 80-100 feet in most places on the leeward side of the island with all kinds of fascinating rock formations and drop offs. The water was so clear, swimming felt like flying as I'd glide over mountainous rock piles and dive down into crevices. The first morning there, I went for a morning swim and discovered a small wreck just south of Martha's beach. It was in shallow enough water for the kids to easily explore and they had a blast seeing all the fish, starfish, urchins, and other creatures that had made it their home.

One very cool aspect of the Corn Island history is that is was used as a refuge and re-stocking port for pirates between their Caribbean raids. One day, we took the small fishing skiff out to a Spanish Galleon wreck that is around 400 years old. Over the years the wreck itself has basically become one with the reef, but it is in only 15ft of crystal-clear water. We could clearly see the cannons before we even jumped in. Once in the water, we could make out the general shape of the wreck and there were around 13 cannons in very good shape strewn about. They said the wreck has never been formally excavated or researched, and it was very, very cool for the kids to get to snorkel on a 'real pirate ship'. I also found a nice-sized nurse shark under a coral formation on the wreck.

On the last day we were on the island, we went horseback-riding (believe it or not, a first for me). It was fantastic - and probably the best way to experience the whole Island. Big Corn is only about 4 square miles with a single road looping the northern 2/3rds. You could probably walk around the entire road in about 3-4hours. We went on a hike with all the kids around the entire southern end of the island in one morning. We also rented golf-carts to drive around in (a popular form of island transportation along with the near-ubiquitous cabs), but I enjoyed the pace of the horses best. After the horse-ride, I took a cab to the north-end of the island to snorkel on the coral reef. It was amazing with colorful purple and yellow fan corals, huge brain corals, and thousands of tropical fish. I even found a baby octopus hiding in a conch shell that I had thought was unoccupied and had brought up to the beach.

If you're looking for a unique getaway that's a bit off the well-beaten path, I'd definitely recommend Corn Island. It's a great place with great culture, great food, and great people. It was relatively easy to get to, and we never felt sketchy traveling there even with small children. If you go, remember that it's Island culture and everything runs on island time. The restaurants in particular run much slower that we're used to in the states (which is great), but with the kids we got into the habit of writing our order in several hours before meals, which kept everyone happy. Also, the island and Nicaragua in general are very poor. If you can spare it, bring something along to leave for the locals: clothing, baby supplies, school supplies, etc.